Press Release: Pedal the Cause Executive Director Steps Down 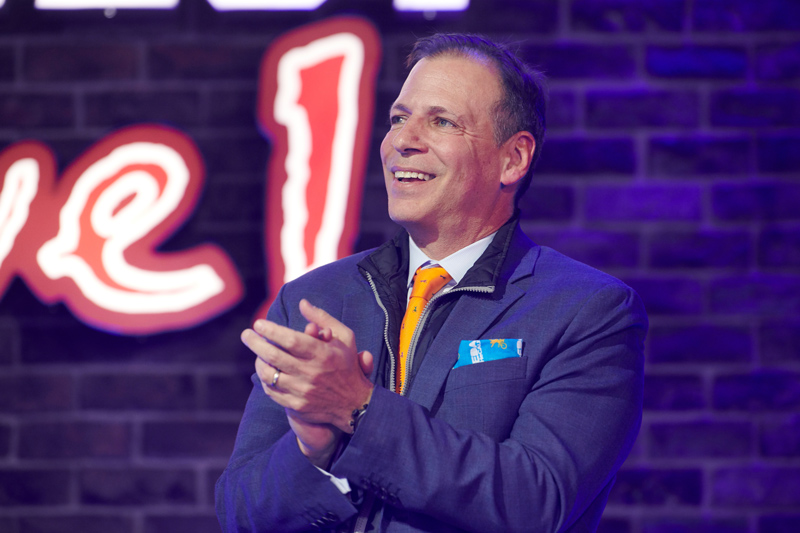 ST. LOUIS (Nov 4, 2019) – Jay Indovino has announced his plan to step down as executive director of Pedal the Cause, and the organization’s executive committee has begun a search for his replacement. Indovino has agreed to stay on in his role for several months to ensure a smooth transition and to maintain the positive momentum of the organization.

“It has been a fulfilling experience launching Pedal the Cause and helping it grow into an organization that is an important contributor to advancing cancer research at Siteman Cancer Center and Siteman Kids at St. Louis Children’s Hospital,” said Indovino. “It has also been very rewarding to see the St. Louis community – including our thousands of riders and volunteers – embrace Pedal the Cause as their event as we create critical impact in our collective fight against cancer. I look forward to continuing my involvement as a rider, team captain and fundraiser.”

Indovino has served in this role since December 2010 and has overseen the growth of Pedal the Cause from a grassroots bike ride to the region’s most successful peer-to-peer fundraising event. Originally hired by Pedal the Cause founder and cancer survivor Bill Koman, he is the only person to have held the executive director position since the organization’s inception. Prior to joining Pedal the Cause, Indovino served as president of Sungard Institutional Brokerage as well as managing director at Bridge Information Systems. He will eventually be pursuing other opportunities after ensuring a smooth transition of organizational leadership.

“We thank Jay for all he has accomplished,” said President of the Pedal the Cause Board of Directors and Edward Jones Principal Brian Ashworth. “Jay has led us to deep relationships, remarkable growth, a tremendous brand, a large St. Louis footprint and just as importantly, has built a talented and very cohesive staff. That foundation built over the last ten years will continue to be a significant part the St. Louis community and landscape for years to come. This staff and this organization, including our board of directors, is prepared to move forward to further our cause and to build on the substantial impact we have already made as we strive to create a world without cancer.”

“Pedal the Cause and Jay Indovino are synonymous,” said BJC President and Chief Executive Officer Rich Liekweg. “Because of his passionate, servant leadership, Pedal the Cause has raised over $24 million for advancing discoveries and cures for tens of thousands who turn to our Siteman Cancer Center and Siteman Kids for their care. He has helped unite a community, pushing us closer to a future day without cancer. Although Jay is stepping down as the executive director, he will be forever part of the Siteman family.”

Since 2010, Pedal the Cause has donated over $24.3 million to Siteman Cancer Center and Siteman Kids at St. Louis Children’s Hospital to fund 130 innovative research projects, which are leading to new treatments, preventions and cures. Participants have already raised an additional $4+ million in 2019, which will be added to this total. Fundraising just concluded on Oct 31, and the 2019 grand total raised will be revealed at the Pedal the Cause Check Presentation on Nov 21 at Ballpark Village. This event is open to all community members and participants to attend.